Certainly the most exciting time of college basketball is March Madness. Sure, there are many exciting league games against rivals and high ranking teams, but all this excitement festers and builds up to even more excitement when its time for the NCAA selection for the tournament. 68 teams will make the initial cut to determine the NCAA National Champion. Surrounding all of this excitement are many opportunities for businesses to piggyback on this excitement with events, contests, promotions, and sales. Sports bars can use the big games to draw in crowds. Below we have listed the top 10 giveaways for March Madness for schools and many of them are great for businesses to use to promote their events.

Mini Basketballs These are certainly the top giveaway at basketball games and events. Mini basketballs are fun to throw around with friends or to throw at friends. Add a mini hoop and you have hours of entertainment. You can choose from the soft, vinyl balls, foam balls, or even plastic basketballs that can be printed with your team mascot or your company logo.
Continue Reading
Share
Buying Guides, School Spirit Items, Sports & Outdoor / 15.12.2014 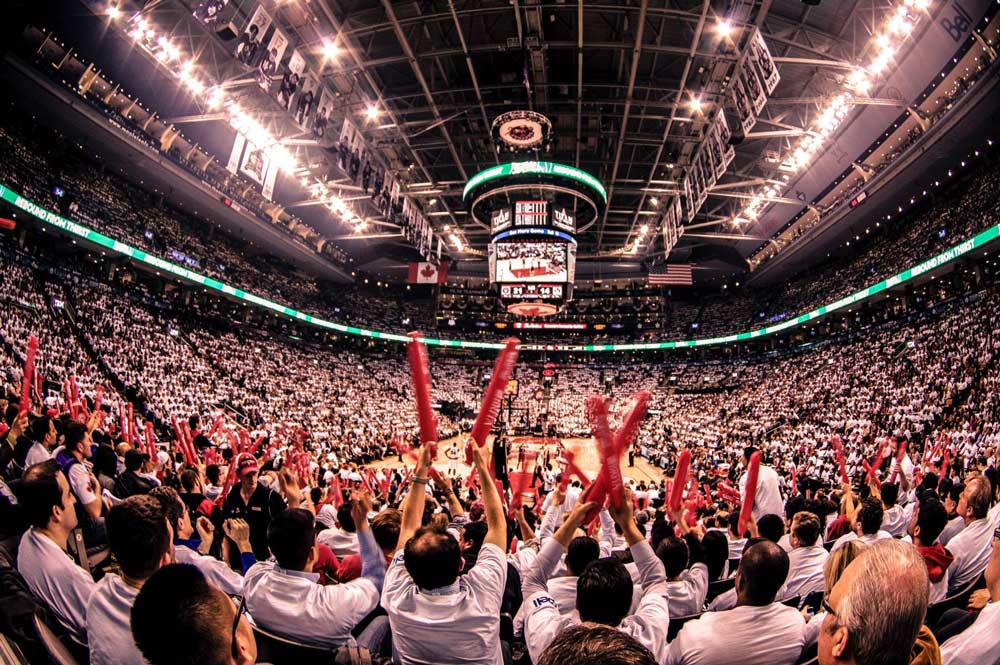 First of all, let's answer this question for those who are new to buying school spirit items, "What are thundersticks?" Thundersticks are a pair of inflatable sticks that are banged together to make a loud booming noise. They are most commonly used as school spirit items to cheer on a sports team. They are one of the most popular spirit items sold to schools. Other names used to refer to these noisemakers include the following: ThunderStix, BamBams, boom sticks, cheering sticks, and banger sticks. When shopping for thundersticks, it's easy to be overwhelmed by all of the options and the price points. One common reason these are bought is to sell at games to raise money for a booster club or organization. Because of the low individual price of thundersticks, they are great for fundraising. Options for thundersticks include reusable vs. one-time use, LED light-up, and many other options from which to choose. Below you will find a quick reference buyers guide for the top-selling thundersticks.
Continue Reading
Share
School Spirit Items, Sports & Outdoor / 01.12.2014

College basketball is underway for 2014. Lots of early and eventually erroneous predictions are already being made. The beginning of NCAA basketball is always overshadowed by the exciting season end to NCAA football. With all of this excitement with college football, its easy to overlook the planning and ordering of your basketball spirit items. Your fans need these school spirit items to get more excited and ultimately cheer louder and more often. Additionally, these spirit items can help generate a lot of profit for your team, booster club, or school organization. When deciding what spirit items to get for your basketball season, it is important to get a mix of both for sale items as well as giveaways for the fans. Below are some ideas for both.
Continue Reading
Share
School Spirit Items, Sports & Outdoor / 28.11.2014

This weekend of college football is certainly the most exciting yet of the season. Not only are teams fighting for the top rankings for the college football playoffs for a shot at the National Title, but this weekend is also rivalry weekend for many colleges across the country. Most teams will be playing their arch enemies and they will be playing their games for bragging rights as well as preserving their pride. The games will be physical. They will be emotional. The games will be packed with excited fans. Crowd involvement and cheering is critical to help spur on your team. The more excited the crowd is; the more it pumps up the players. That's why it's important to have school spirit items available at the game. Whether they are being sold or being given away to the fans by corporate sponsors,
Continue Reading
Share
School Spirit Items, Sports & Outdoor / 07.11.2014

BamBams Thundersticks in a Rush

[vc_row css_animation="" row_type="row" use_row_as_full_screen_section="no" type="full_width" angled_section="no" text_align="left" background_image_as_pattern="without_pattern"][vc_column][vc_column_text]With the month of November, many school football teams find themselves doing much better than expected and right in the midst of the playoffs with a real shot for the championship. Once this unexpected success is realized, the panic...

College and high school basketball season is starting soon, so it's time to plan your giveaways for the season, as well as products that you want to sell for fundraisers for your basketball team. Having a variety of basketball spirit items available for your fans...

College basketball starts in late November and many high school basketball seasons begin in early November, so it's time to order your thundersticks early to save money and make sure you receive them in time for the start of your season. These ever-popular stadium noisemakers go by many different names, includes thunderstix, BamBams, and just the plain English spelling "thundersticks." However, they are all very similar and essentially the same (except for our domestically printed thundersticks, which are reusable). There are; however, many different styles to choose from as shown below. Also, production time can vary depending on which ones you choose. The longer production time...the cheaper the price. So plan ahead and order early to get more "bang" for your buck!

Reusable Thundersticks These are printed in the USA, so they can typically be produced in about 1 week. Also, a 48 hour rush is available for these top-selling thundersticks. If you need them quickly, this is your best option. Choose from 8 different colors. These have a valve similar to a beach ball or a pool raft for easy inflation and deflation. They can be used game after game all season. There is only a 100 pair minimum, so these are great options for selling in your school booster club to raise money for your team or your organization.

Thundersticks vs BamBams vs ThunderStix – What’s the Difference?

We often are asked the question about the differences between the various stadium noise makers generally known as thunder sticks. Below we will explain the differences between each of them so you can decide for yourself, which are right for you. The truth of the matter is that they are all extremely similar, but since we are frequently asked the question, here are the answers!

These are our personal favorites for thundersticks. We sell this brand the most, because they are domestically printed in the USA and they can be shipped in about 1 week with the option of a 2-day rush, if necessary. The product itself is made in China, but inventory is stocked in the U.S. and printed on demand to fulfill orders. The best feature about these thundersticks is that they are re-usable. They have a valve, just like beach balls and pool rafts have, so you can inflate and deflate, as necessary. You can use these over and over again at football games. If your company is buying these thundersticks to giveaway, these are great options, because the recipients will get more use out of them, thus giving your business more marketing exposure. These noisemakers are made of durable vinyl. The size of the thundersticks is 23" x 4". Minimums are as low as 50 pieces are available.

The name BamBams is simply a brand name of the ever popular noisemakers. They are sized at 23.5" x 4 1/4". They are one-time use products. Once they are filled with air and sealed, you can not add more air. The material is 100% recycled polyethylene. They start out white and can be printed any PMS color you desire. They are produced overseas, so production time options include 9 Week Super Saver, 5 Week Economy, and 3 Week Priority, with the cost increasing as the production time gets shorter. BamBams brand does offer
Continue Reading
Share
School Spirit Items, Sports & Outdoor / 29.08.2014

What is the Top Selling Football Spirit Item?

Every year millions of dollars are spent buying football spirit items to promote teams and schools. Items such as stadium seat cushions, pom poms, sports balls, stadium noisemakers, stadium cups, and much more are printed and bought with the school or team mascot and oftentimes business sponsor information. The majority of these are used for fundraisers for the team or various organizations within the school. Each year at the beginning of high school football, we get the same question, and that is:

What is the top selling football spirit item?

Vinyl mini footballs are softer than plastic footballs and are a great choice to throw into a crowd.[/caption] Mini footballs. Maybe not by dollar amount, but by quantity, they are the most frequently purchase item for the football season. It is unlikely that you have been to a football game in the last decade without seeing the miniature footballs flying around the stadium. They are commonly thrown into the crowd by cheerleaders during halftime or timeouts and sometimes after big scores. It is very easy to get businesses around your town to sponsor a certain amount in exchange for having their logo printed on the footballs and thrown into the crowd. The cost of the sponsorship is set based upon the number of footballs you are offering the local businesses, plus typically a little bit extra to raise money for your organization.

If you have just taken over the football booster club at your child's school, you are likely well aware of the overwhelming feelings of running a school booster club store. Chances are, the past president didn't bother passing off notes to you explaining where they...